Osmond Chapman Orchestra Promises "There's More Where That Came From" 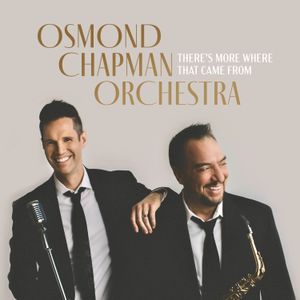 As any great artist knows, you should always leave your audience wanting more. Osmond Chapman Orchestra takes it one step further and promises There's More Where That Came From. Their debut release with Club44 Records includes both familiar and original songs and will definitely leave you wanting more.

Release day celebrations vary by artist, but not many can say that they performed at the Rose Bowl on the day their album drops. But that is just what Osmond Chapman Orchestra is doing! The Race to Erase MS event with Earth, Wind & Fire will be an absolutely unforgettable day for the band. Vocalist David Osmond has been a national spokesman for the charity and he and friend Caleb Chapman consider it an honor to perform at this event.

There's More Where That Came From is available at all digital music outlets (LINK) as well as national retailers (Amazon, Barnes & Noble, Target & Walmart.)