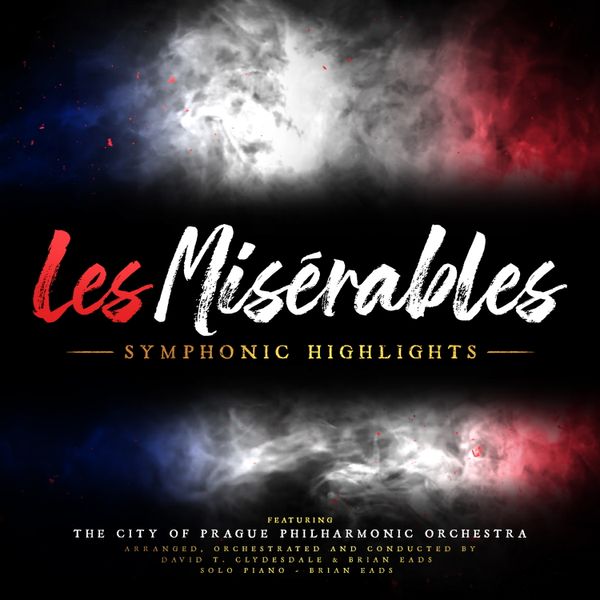 Nashville, TN (February 28, 2020) – From the creative minds of composers David T. Clydesdale and Brian Eads, Club44 Records has released Les Misérables: Symphonic Highlights. This symphonic masterpiece features The City of Prague Philharmonic Orchestra performing the most popular songs from the beloved musical. It is available now on all digital and retail platforms and is distributed worldwide by Provident/Sony Distribution.

Brian Eads is the current Musical Director and Conductor of the Les Misérables National Tour. Eads played piano on the project and partnered with the incomparable David T. Clydesdale, Grammy and Dove Award-winning arranger and orchestrator, for this endeavor. As co-arrangers, orchestrators and producers, the two beautifully captured the heart and magic of Les Misérables.

“It was a pleasure to combine talents with Brian Eads as arranger, orchestrator and conductor on this dream project,” shares Clydesdale. “Brian’s insights into Les Misérables are invaluable in helping me understand this music. He is the current musical director and has conducted over 900 shows, so he knows the score! Those who know me won’t be surprised to learn that I chose to arrange and orchestrate all of the loud songs, leaving the ballads for Brian. Somehow, it worked. I cannot wait for the next project!”

The admiration seems to be mutual. “As a young piano student, I would sit at my childhood upright piano and play through the iconic arrangements of David T. Clydesdale,” reflects Eads. “His soaring arrangements and orchestrations would captivate my attention for hours. While listening, I would often dream that I could someday meet one of my music heroes. Because of this project, I’ve been able to do just that; and now this hero is my friend.”